SO!  I am currently hosting this awesome Middle-Earth group read (we started The Hobbit on Saturday, it's not too late to join in if you're interested), and since I'm reading about Bilbo's new dwarf friends, I became curious how they were going to be depicted in Mr Jackson's upcoming film adaptation.

Short note:  I hate the LotR movies.  Like, if you want to see me get as ranty as humanly possible, force me to watch/discuss them.  You'll be stuck for hours, and likely won't want to be my friend any longer once I'm done.  Don't get me wrong, I think they're super pretty and everything, but the story WAS ALL WRONG.  See, I'm getting shouty already and this note is no longer so short.  Oops.

In case you haven't seen it, here's a picture of the final costumes for Thorin's band of...well, whatever.  I'm too tired right now to come up with something clever.

I mean...I guess this is okay.  You know, unless you've actually READ THE BOOK or something, and you know that absolutely no one looks anything at all like they're described.

I could pick every single one of these choices apart, but I'm going to try to keep this on the manageable reading length size, so I'll just focus on a few of the MOST egregious choices, 'kay? WTS is going on here, seriously?  I mean, I GET that they're the youngest members of the group and whatnot, but that's no effing excuse for them to be all Dwarf Boy Band.  Ugh.  (BTW, Kate and I have decided that this boy band is going to be called Dwarves 'N Da Hood.  You know it works.) 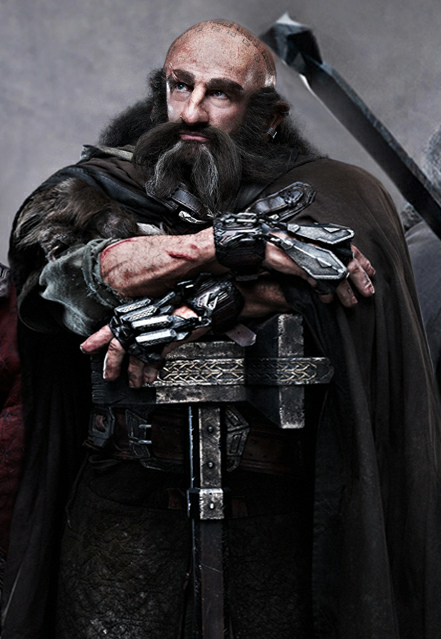 Um...not gonna lie, I was really hoping for his blue beard here.  :( 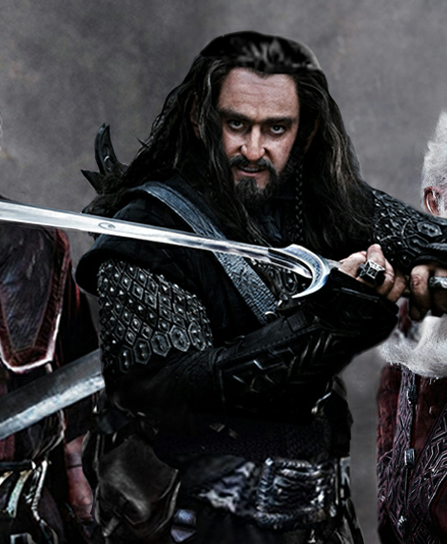 This is the one that bothers me the most.  Why the hell does he look like a Klingon?  I AM THE MOST SERIOUS!  What you don't believe me?  Fine.  Look what I did for you because I'm the most awesome and stuff.

THORIN LOOKS JUST LIKE CHANCELLOR GOWRON, WTS?!  Not only that, but I'm pretty sure he stole General Martok's armour.

Ugh.  Seriously.  Why can't Peter Jackson just stop messing around with my Middle-Earth?  What a jerk he is. 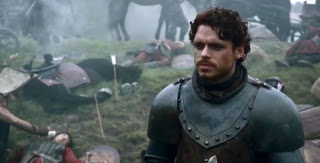 As of this writing, two episodes of the new season of HBO's series adaptation of George R.R. Martin's A Song of Ice and Fire have aired, and a third will air tonight. The Iron Isles are a welcome addition to the map and are even more perilous-looking than this blogger (Kate) was imagining; Carice van Houten (who I'm sure is a lovely person in real life, really) has made it possible to hate Melisandre even more; Maisie Williams is still amazingly fierce and self-reliant as Arya Stark; TV viewers are getting their first look at Davos Seaworth (but with nary a mention of onions so far? Perhaps I need to rewind a bit, surely?); Peter Dinklage is the boss of everybody in the Red Keep and Ned is still dead.

So far, we are most pleased. How about you?
Posted by Kate Sherrod at 1:42 AM No comments:

The Copper Promise: A Jekyll and Hyde Rabbit of a Series

"Sometimes I feel like I’m a scientist in a 1950s B-movie, looking sadly from the broken cage that once contained a small, docile bunny rabbit, to the very large and ominous bunny-shaped hole in the wall."


"The monstrous bunny flexed its terrible hairy muscles, booted open the door of the cage and sprinted off into the night, smelling faintly of mead and leather."


- SMISA's own Jennifer Williams, the new mad scientist of pulp fantasy, in a great guest post about her new novella series, The Copper Promise, over on Alan Baxter's blog.


Go on over and have a read (and while you're there, check out Baxter's blog; he doesn't write pulp but urban fantasy, but it's quite good stuff indeed) and if you haven't yet snagged the first of Jennifer's novellas, hit the link to the right and go get you some!
Posted by Kate Sherrod at 5:43 PM 1 comment:

Email ThisBlogThis!Share to TwitterShare to FacebookShare to Pinterest
Labels: novellas

Gav Thorpe's CROWN OF THE BLOOD


(click "Menu" in the lower right to embiggen and enjoy!)
Today, Angry Robot Books, one of our go-to publishers for cool new genre fiction, has decided to offer a free sample of Gav Thorpe's Crown of the Blood, which SMISA contributer Kate Sherrod reviewed happily last year. This is ancient Rome for pulp fans, kids, and it's the first book of what looks promisingly to be a great series. It seriously has it all: legionnaires riding lions, barbarians riding dinosaurs, dynastic politics, blood and the problems of polygamy. Lots of fun and highly recommended!
Posted by Kate Sherrod at 1:34 AM No comments:

Email ThisBlogThis!Share to TwitterShare to FacebookShare to Pinterest
Labels: novels 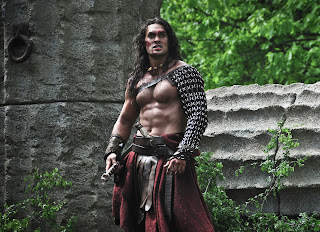 The movies do not love depicting our favourite barbarian in the plate armour he occasionally wore in the original stories and novellas, but at least this time around we had him in a mail sleeve for a good chunk of the action. Love the film or hate it (we at SMISA loved it, despite its rejection of canon and its lame inventions), we think most of you will agree that, brown eyes aside, Jason Mormoa made a helluva good Conan. Shoutiness? Check. Nakedness? Check? Wenching, guzzling, drinking, slaying? Check. Growling? Check.

In 1978, French auteur Eric Rohmer, best known for his 1960s morality plays like Pauline at the Beach, released one of the oddest and most hypnotically fascinating films I have ever seen. It was inspired by perhaps one of the granddaddies of all epic fantasy literature, Chrétien de Troyes' 12th century Arthurian romance Perceval, the Story of the Grail, which alone makes it a must-include for this blog. But this is not some big loud crashy bombastic free-for-all like, say, Excalibur. No: this film is straight out of Jesse L. Weston, restoring the ritual character to Arthurian legend and the theater. Lines are chanted as much as delivered; movements, too, are often stylized (but not, as you see, in the fight scenes).


The result is a film as puzzling and intriguing as the Grail legend itself. If you haven't seen it, get your hands on a copy of the DVD right away!

A commenter on another blog (cough) has started perhaps an interesting discussion, prompted by my reaction to the exquisitely entertaining experience of reading the early Conan short stories and novellas presented in the Del Rey compilation The Coming of Conan the Cimmerian. Why not check it out and join the fun?
Posted by Kate Sherrod at 10:02 AM No comments: 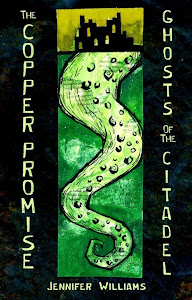 A Pulp Fantasy novella by Jennifer Williams, now for the Kindle!